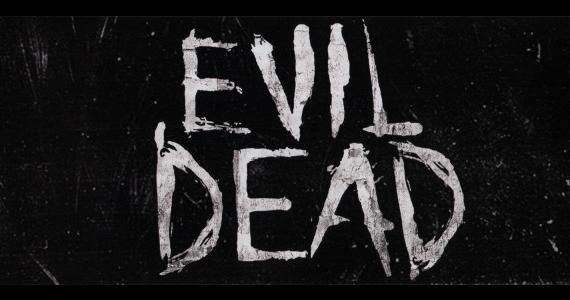 It’s that mentality and attention to detail that makes tonight’s feature, Sam Raimi’s first feature length film, so twisted and wonderful. I give you, The Evil Dead

When Ash Williams and his friends go to a secluded cabin in the woods to celebrate Spring Break, they stumble across an odd book and a tape recorder. Upon listening to the message on the tape recorder, a voice reading incantations from the book, a plague of demons is summoned to the cabin.

Ash, Linda, Cheryl, and Scotty find themselves locked in a struggle to survive the most hellish night of their lives, as they face a horde of pure evil.

The Evil Dead was one of the first movies to really merge horror and comedy in a really unique way. While An American Werewolf in London was the mainstream version of this, meaning one where the horror and the comedy were both mixed quite well and was something a wider audience could hold interest in, The Evil Dead was the underground favorite. It didn’t do well theatrically, but as I’m sure you’re well aware of if you’re reading this, it has gone on to achieve legendary cult status. I don’t think I go more than a few months at a time without watching at least one of the Evil Dead films (there were two sequels to follow, Evil Dead II: Dead by Dawn and Army of Darkness).

I’m not even going to bother breaking it down as I have in the other reviews, because this movie is a culmination of a labor of love on Raimi’s part and would not be nearly as memorable if not for the amalgam of circumstances that are within it. The writing, the direction, the effects, the acting, the music. All of these elements are over the top in the best possible way and all of those elements come together to make a truly masterful piece of horror/dark humor/what ever else you would call this film.

Should You See It:

It’s The Evil Dead. Of course you should see it. Although I will say, it probably lacks something if your first viewing is not on a “well-loved” VHS tape and a VCR with shoddy tracking.