It is day two of my weekend away from work and my allergies are making it very difficult for me not to give into the urge to turn into an angry half bear, half man type creature, angrily swatting at passersby with my huge paws while growling and snarling. But I persevere. I press on. I take Zyrtec.

Still really bummed about Kim Deal leaving The Pixies. Overall, I understand it and I’m not protesting it or anything, but it’s still a weird thing. Kim Deal was one of those teenage crushes for me and it’s odd to think that she’s no longer a part of one of my favorite bands. I can feel my dream of one day seeing The Pixies, in their truest form, perform live slipping away. Oh well, at least we’ll always have The Breeders.

Troubling news comes from the nerd front, as two of the biggest Superman fans I have ever known in my life, both of whom were very excited to see Man of Steel, are now reporting to me that it’s a huge disappointment. “That is NOT Superman” said one of them. This concerns me, as I am also a nerd and Superman has been a part of my life since I was a child. I fear disappointment looms on the horizon for me, as well. We’ll see it tonight, after we fill our bellies full of delicious food at a nearby restaurant. Will report back with my findings. Stay tuned to this channel for further Man of Steel updates.

E3 has come and gone and I have decided, not that anyone reading this will ultimately care, to go with a PS4 as my next console purchase. The X-Box One places far too many silly restrictions on the very act of playing video games for me to even consider getting one anymore. I had toyed with the notion of buying one before and even during the Microsoft presentation at E3, but once the Sony presentation revealed that all of the issues I have with the X-Box One console are quite literally non-existent on the Playstation 4, I felt the choice was an obvious one.

I have been a loyal X-Box user for a number of years now, always prepared to defend the annual fee paid to enjoy the X-Box Live service (which I always found preferable to the free-to-access Playstation Network), always favoring the 360 releases over ones on the PS3. So it’s an odd feeling to switch sides like this. I feel as though I’m a traitor to my ilk, as though I’m turning my back on an old friend in favor of the new and exotic kid that just moved in down the street. But it also feels, at least a little bit, like my old friend betrayed me. Like my old friend and I have grown into two different people with two different views on the world and that maybe it’s best if we don’t talk much anymore. Maybe it’ll help preserve sanity on both sides.

But even that analogy makes little sense, as I was a Sony guy from the Playstation heyday through the reign of the PS2, only jumping ship when the PS3 came out in much the same fashion that I’m doing so now with the X-Box One. On the one hand, I feel as though I’m turning my back on Microsoft, but on the other, it feels like I’m returning home. So while I’ve grown in a different direction as my old friend the X-Box and feel we need to spend some time apart from one another while I go spend time with the exotic new kid down the street, I also feel like that exotic new kid has turned out to be the friend I once had long before I ever met the X-Box, only now he dresses better and got his braces off. The exotic new friend was the old friend all along. Which means there’s still hope for me returning to X-Box someday in the future, maybe when the next-next generation of X-Box comes out.

And so the dance continues.

But really, neither console presentations were as important to me as the one put on by Square Enix, who not only unveiled the fact that Final Fantasy Versus XIII is now known as Final Fantasy XV, but also showed footage from this: 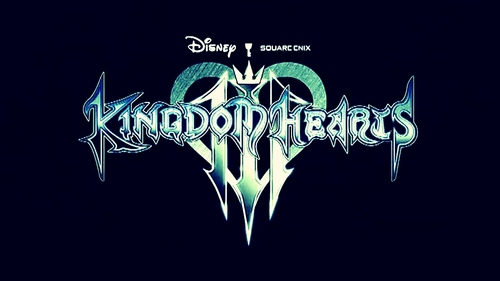 Yes, Kingdom Hearts III is finally happening. Not another sub-par handheld release, not another mobile game, but an honest to goodness real big screen high definition console Kingdom Hearts game for the first time in almost a decade. Words can not express how happy I am. Between Final Fantasy XV, Kingdom Hearts III, and Dragon Age: Inquisition it’s clear that I definitely need to buy one of the new consoles at some point.

Right. Laundry before dinner before the movie. Off I go, then.