Morena Baccarin is no stranger to geeky genre projects, being probably best known for the role of Inara Serra on Joss Whedon’s gone-too-soon fan favorite Firefly, she has also starred in such shows as Stargate SG-1, V, and most recently Gotham. Well, she’s about to add another geeky title to her resume as she has just officially signed on to play the female lead in the hotly anticipated Deadpool feature film, due out in 2016. There’s no solid lead on exactly who she’ll be playing, other than the words “Love Interest” being bandied about, but a popular fan theory (and one I’m personally hoping is true), points to her playing the probability manipulating mutant mercenary named Domino.

The reason I like this theory is it would mean Fox is using Deadpool as a way to introduce elements that we might later see in the previously announced X-Force film. Domino being a founding member of that team, Deadpool himself joining in later story arcs. Not to mention Colossus, the metal skinned Russian strongman who got his start in the X-Men before joining the X-Force lineup in recent years, who is also rumored to make an appearance in the Merc With A Mouth’s solo adventure.

If Baccarin does end up playing Domino, as the fan theory suggests, and if Fox is using this an an opportunity to segue into an X-Force film, it does raise questions as to exactly which version of the X-Force roster we’ll be seeing on the big screen. 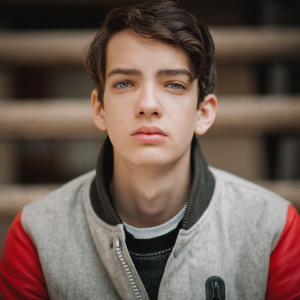 This news comes on the heels of X-Men: Apocalypse director Bryan Singer announcing via Instagram that Kodi Smit-McPhee has been cast as a young Kurt “Nightcrawler” Wagner in the latest X-Installment set in the 1980s, making today a pretty big day for Marvel’s Merry Mutants.

Speaking of directors dropping bombs over Instagram, District 9 and Elysium filmmaker Neill Blomkamp has revealed that he is, indeed, directing a new installment in the Alien film franchise. Followers on Blomkamp’s Instagram were given a sneak peek of concept art for the new film two months ago with the caption “Was working on this. Don’t think I am anymore.” followed by Blomkamp dropping a hint in an interview as early as a week ago that there was a “high possibility” he might still be involved in the making of the movie. All of this back and forth, will-he-won’t-he, anticipation finally culminated in another Instagram post made today:

As a fan of the Alien franchise (well, some of it), and as a fan of Blomkamp’s work (specifically District 9, though Elysium was a solid sci-fi film), this makes me happy. The online response from the Alien and Blomkamp fanbases alike has been pretty positive so far.

Kamisama Hajimemashita, or Kamisama Kiss, won me over with its first season in 2012 and it always bummed me out that there weren’t more episodes made when the manga continued on well after the show’s completion. I only just learned a week or two ago that a second season was even happening, and only learned this morning that the first six episodes have already been aired!

You can find the entire series so far, all of season one and the six episodes of season two, on the Funimation website or Hulu. If you haven’t seen it yet, I recommend giving it a shot.